Blessed with a curse 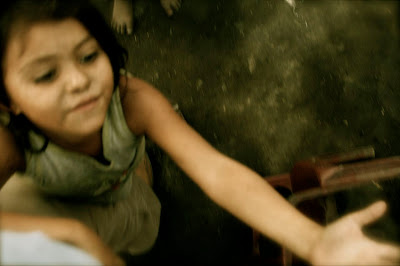 I recently read a book by a neurosurgeon. I don't remember the title, the author, or even whether I bought or borrowed it. I just remember it was the memoirs of a neurosurgeon, and it was good. Tonight I took my wife to Canton for a date, and on the way up, we saw a helicopter flying overhead. Patronizing my boyish fascination with choppers and health care, she pondered "Is it a medical helicopter?" I watched it carefully for a few seconds before I confirmed that it was.
On the way back home, we drove by Aultman to see whether a chopper was sitting on the pad. Ironically, as we drove in, a helicopter, probably the same one we had seen earlier, came in for a landing.

It was so big. Ominous and gentle at the same time. I felt a surge of desire, either to fly the chopper or to save the lives of very sick and injured people, I'm not sure which.

As we kept driving, the tone of our conversation turned from generally goofy to philosophical, and I remembered the book about that neurosurgeon. I recalled him saying how he felt about his career. Fate, he thought, had dealt him a rough hand, but he enjoyed the game. There was a dissonance in his lifestyle , almost as if he loved hating what he did. Or maybe he hated loving it. It was a dissonance I could relate to, sort of. I remember being a teenager, having a full-blown career, being engaged, being heavily involved in church, children's ministry, youth group, beside having a "life" as a teen. I remember driving down the road alone sometimes, between responsibilities, feeling sorry for myself about why I couldn't just be a normal teenager.

But I knew the answer to my own question, even if I wouldn't admit it. Because normal teenagers had peer pressure. Normal teens don't have promising careers, lasting relationships, supportive parents, the respect of their elders. Normal teens got drunk on Saturday night and hid it during sunday school, if they showed up at all. Normal teens didn't get to follow their dreams, much less live them.

God doesn't have it in mind to have normal children. Normalcy is not tantamount to holiness. I wonder sometimes if all Christians relate to this concept at one time or another. God blesses us with things we hate, because through it all we learn to accept it, and we do good things in the mean time.

Why do I have to be the one to struggle for seven more years to become something that no one expects of me, all the while being a daddy and having a real, honest-to-goodness family who relies on me? Because God said so. And I will learn to accept it, and do good things in the mean time.

I enjoyed reading that a lot. I felt a lot of dissonance a lot today. I feel extremely privileged and overwhelmed at the same time. I'm running around teaching Sunday School, sharing ideas, shooting a wedding, working, and doing all these things, but there is a restlessness that remains.

Isn't it like Lewis always said? "We're made for another world and we'll never quite feel at home here."

(That's a really bad quote, but hopefully the idea transfers)